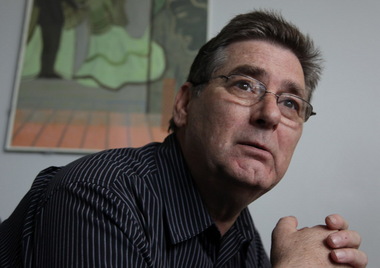 Bruce Weigl, Distinguished Professor at Lorain County Community College, was again honored by the Pulitzer jury, this time as one of two finalists for the 2012 Pulitzer Prize in Poetry for his book, An Abundance of Nothing. His 1988 book, Song of Napalm, was also nominated for a Pulitzer. The jury called the book by Lorain-born Wiegl "a powerful collection of poems which explore the trauma of the Vietnam War and the feelings that have never left many of those who fought in the conflict." An earlier work, Song of Napalm (1988), also nominated for a Pulitzer, similarly hearkened back to events of the same war.

Plain Dealer book editor, Joanna Connors, writes "Weigl has won many major honors in his almost 40-year career, including two Pushcarts Prizes, the Cleveland Arts Prize, fellowships to Bread Loaf and Yaddo, and the Lannan Literary Foundation Award.  The Pulitzer honor, he said, feels special, and deserved, because he always thought "Abundance" was a strong book." (The Plain Dealer April 28, 2013)

Bruce Weigl was the first of the Focus on Faculty Series and was hosted in the Library on 18 September 2013.